Silvia Angelica Navarro Barva (born on September 14, 1978) is a Mexican actress who began as a contract player for TVAzteca, where she starred in the telenovelas Perla and Montecristo. In 2008, she is contracted by Televisa to be cast in a protagonist role in Mañana es para siempre. In 2010, Navarro stars in another Televisa production, Cuando me enamoro. In 2012, Navarro stars once again to be cast in a protagonist role as Camila Monterde in Televisa production Amor Bravío.Contents [hide]
1 Biography
2 Career
3 Filmography
4 External links

Silvia Navarro was born in Irapuato, Guanajuato, Mexico. She attended and graduated from the Centro de Formacion Actoral (CEFAC), TV Azteca's acting school in Mexico City. She studied with accomplished instructors such as Raul Quintanilla and Hector Mendoza. She is the cousin of Eliana Rodriguez.
[edit]
Career

She also has had some appearances in theater, she has participated in Plays Mar Muerto, El Tenorio Comico and Quimicos Para El Amor. Her film roles include Dragones: Destino de Fuego (2006), Esperanza (2005) and Mujer Alabastrina (2005).

Dragones: Destino de Fuego is a 3-D, animated film in which she lends her voice to Marina.

In television, she was the host of a kids game show, A La Cachi, Cachi Porra in 1997. Her IMDb profile shows that her first TV appearance was in 1975, which would be impossible, since she was not born until 1978. In her first starting role in a telenovela Perla, Silvia played a dual role of Julieta/Perla alongside Leonardo Garcia (1998).

Her next three roles, also for TV Azteca, were in the telenovelas Catalina y Sebastian (1999) and La Calle de Las Novias, and Cuando Seas Mia (2001). All three novelas also starred Sergio Basañez who played the lead male character in both Catalina Y Sebastian and Cuando Seas Mia. In La Calle de Las Novias, he was the lead antagonist to Juan Manuel Bernal, who played the lead and romantic interest of Silvia's character, Aura Sanchez. In 2002, Silvia started in the telenovela La Duda, alongside Omar Germenos.

Silvia did not return to the small screen until 2005, playing the lead role of Maria Claudia in the telenovela La heredera, again with Sergio Basañez.

In July 2008, Silvia signed a contract with Televisa and recently finished the soap opera Mañana es Para Siempre with Lucero and Fernando Colunga that finished up running on Univision.

She is set to begin filming Mujeres Asesinas in the spring of this year, which will premier in the fall of this year. Then in 2010, she was return to Televisa and recently finish the soap opera with Juan Soler and Jessica Coch, stars as the protagonist role as Renata Monterrubio in Cuando Me Enamoro. 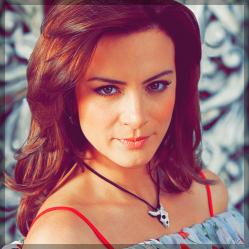 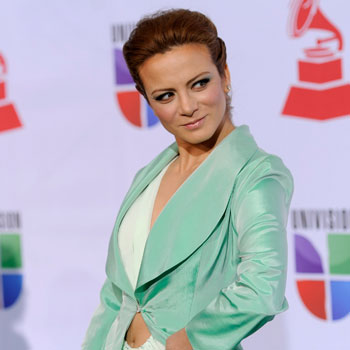